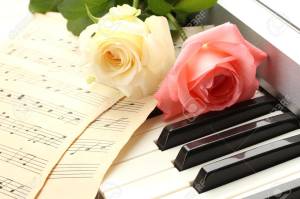 Anna Riccobono, 96
Staten Island homemaker; belovedwife, mother, and grandmother
Anna (Priolo) Riccobono, of The Esplanade of Staten Island, passed away on Saturday, April 18, 2020 at Richmond University Medical Center of Covid 19. She was 96 years old.
Anna was the daughter of the late Louis Priolo and Amelia (Florio) Priolo and granddaughter of Catilla Florio. Anna was born in Brooklyn, New York on January 29, 1924. She loved Brooklyn and lived there for 94 years. Until recently, she resided at The Brielle at Seaview (Valeo) in Staten Island. Anna enjoyed church services, singing, cooking class, weekly Bingo games, parties and many of the social events they hosted. To the staff she was known as Anna Banana who plays the piano. She loved the staff and they loved her.
Anna was predeceased by the love of her life, Cosmo (Louie) Riccobono. They were happily married for 46 years. They enjoyed many family trips, visiting their children and grandchildren. Anna and Louie loved to go to Atlantic City and took many cruises with their friends. She was a wonderful homemaker, wife and mother. Family was everything to her. Everyone would tell you that she gave the best hugs and advice. Anna was also predeceased by her favorite brother, Anthony Priolo.
Anna is survived by her son, Anthony Riccobono and his wife Elaine of Staten Island, N.Y.; her daughter Linda Ciaccia and husband Peter of Middleton, Ma; her daughter, Joan (Joni) Riccobono of Canton, Ma; granddaughter, Melissa Ciaccia and her husband Patrick Connell of Hamilton, Ma; granddaughters, Dominique and Dana Riccobono of Staten Island; grandson David Ciaccia and his wife Toni of North Andover, Ma; grandson Louis Riccobono and his wife Nathalie of Matawan, New Jersey; grandson, Anthony Riccobono II of Staten Island, New York; and grandson Robert Riccobono and his fiancee Sara of Millburn , New Jersey.
Anna was blessed with six great grandchildren. They adored her and she adored them: Annabella, Rose and Lucas Connell of Hamilton, Ma; Leo Ciaccia of North Andover, Ma; Anthony III and Lianna Riccobono of Matawan, N.J.
She leaves sister-in-laws, Rita Priolo of South Amboy, New Jersey and Clementine Slif of Seaford, Long Island. Both were more like sisters to Anna than sister-in-laws. There are many nieces and nephews who have honored Anna in so many ways: Amelia, Kathy, Marie, Lisa, Tom, Gerard, Louis and Amy.
A Memorial Service will be held at a future time.
In Memory of Anna Riccobono, donations can be made to www.rumcsi.org/covid19donation. Or send a check to Laura Gajda, Vice President of Development 355 Bard Ave., Staten Island, N.Y. 10310.

To send flowers to the family or plant a tree in memory of Anna Riccobono, please visit our floral store.

You can still show your support by sending flowers directly to the family, or by planting a memorial tree in the memory of Anna Riccobono
Share a memory
© 2021 Martin Hughes Inc. Funeral Home. All Rights Reserved. Funeral Home website by CFS & TA | Terms of Use | Privacy Policy