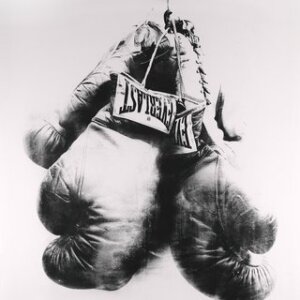 John Marrazzo passed away peacefully on June 28th, 2021.He was a dock worker, bar and restaurant owner, boxing gym owner and a boxing coach. He was well known in Rosebank where he lived from the age of 2. There were many significant highlights in the life of John Marrazzo. He attended the boxing match of Rocky Marciano in Philadelphia on September 23, 1952, when he scored a knockout against defending champ Jersey Joe Walcott in the 13th round and captured the heavyweight crown.

He attended many baseball games; the Ny Giants, Brooklyn Dodgers and the NY Yankees. He was a big fan of the NY Giants baseball team and went to many games at the Polo Grounds in the 1940's and 1950's. He saw legends play the game such as Ted Williams, Joe DiMaggio, Jackie Robinson and Willie Mays.

He loved the boxing game and was a boxer in his youth. He became a boxing coach to many talented boxers in the 1970's and the 1980's. He was known for boxing shows in Staten Island and many of his boxing teams had bouts in Atlantic City.

Until his early 80's he walked over 5 miles a day with his beloved dog Buddy.

He recently said to his loving family, that he had a good life and had no complaints.

He is survived by his wife, Marion; his daughter, Mary Lou and her husband Adam; his step-son Robert (Bobby) and his children, Linda, Carol, Steven and Jason; and step-son Michael, his wife Debbie and their son Christopher.

There will be a prayer service for John on Tuesday, July 6th at 11:00am at the Martin Hughes Funeral Home, followed by a committal at St. Mary's Cemetery.

To send flowers to the family or plant a tree in memory of John Marrazzo, please visit our floral store.