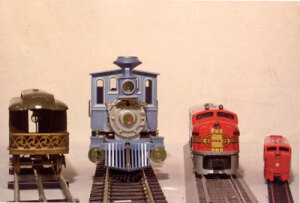 John Anthony Vincenzo, age 83, passed away peacefully on Thursday, August 20, 2020 at his home in Staten Island. He was born in Brooklyn, New York, the youngest of three brothers. As a child, he had a fascination with Lionel trains and constructed his own electric motors. At the age of 13, with his parents' blessing, he went to work as a car mechanic at an auto repair shop in Gravesend. Later, he attended Brooklyn College, where he met the love of his life, Antoinette Rollo. He went on to earn a degree in electrical engineering from City College of New York. John spent the majority of his long career with EDO Corporation, in College Point, Queens. John specialized in designing and testing equipment used by the United States Navy to locate and hunt Soviet submarines during the Cold War. When peace was finally won, he worked on clean energy projects, including the design of natural gas vehicles, as well as safety devices for the largest model railroad in the world, the New York City subway system. He was an avid runner, completing numerous New York City Marathons, loved to travel and loved helping others. John could repair nearly anything, and it was common to see a neighbor's broken down car being tended to in his driveway on a weekend.

John was the son of John and Lillian Vincenzo, and brother to the late Louis and Michael Vincenzo. He was married 58 years to Ann, who passed away in 2018. John is survived by three sons, John, Vincent and Michael, daughter-in-law, Angela, granddaughter, Ashley, future daughter-in-law, Emilia, sister-in-law, Josephine, niece, Susan, cousins, Grace and Adrienne, and numerous other cousins and friends, all of whom adored him. Memorial Services will be held at a future date, when conditions permit.

To send flowers to the family or plant a tree in memory of John Vincenzo, please visit our floral store.

You can still show your support by sending flowers directly to the family, or by planting a memorial tree in the memory of John Vincenzo
Share a memory
© 2020 Martin Hughes Inc. Funeral Home. All Rights Reserved. Funeral Home website by CFS & TA | Privacy Policy | Terms of Use